Gender bias: Why do we need equal opportunity in upbringing?

My contribution to the gender upbringing debate:

I believe the genders should have equal opportunities. I don?t believe the genders are ?the same?, there are differences but these are differences that are evident over wide portions of the population and not to be relied on when comparing two randomly selected individuals. Therefore it is important to protect people?s right to have their merits, talents and physicality judged, not by the expectations of the average for their gender but by the actual reality of their strengths and talents. 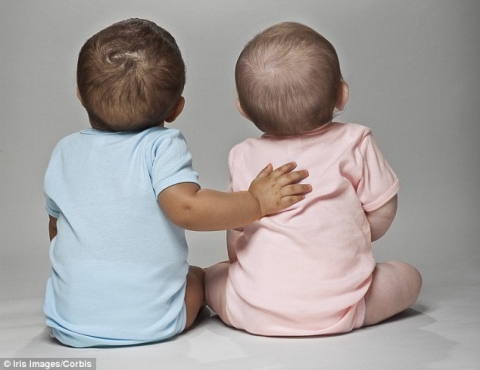 Men and women are different. Their biological make-up differs in some obvious ways, usually unique to each gender (genitalia for example) and in some other ways NOT unique to the gender but with a tendency to average more or less with male or female (height for example). You can say with certainty the male population of the world will be, on average, taller than the female. But you can?t say with any certainty at all that any given man will be taller than any given woman. So if a job requires no other special qualification than being a certain height it would be stupid to reject all of one gender simply because the are on average taller or shorter.

Some aspects of being female or male are not biological but social constructs through upbringing and expectations. We can perhaps say that on average women are ?more caring?- as in they tend to do more of the caring job roles, and that men are ?more logical? -in that they have taken more of the jobs requiring skills in logic. But the mind characteristics of being caring or logical are not intrinsic to either gender, they are more like height in the previous example. Some women are very logical and some men are very good at caring for other people. You can?t predict from someone?s gender what their relative skills in these areas will be.

However I would go further. Unlike height, which though it varies does have an innate and unarguably biological tendency to be be more or less by gender over large averages, the example of logical/caring is, in my opinion, not AT ALL determined by the genetics connected with gender in an individual. That there is an undeniable bias for men to be associated with logical traits and women with caring traits has come about not because their biologies push them that way but because their upbringings and cultural expectations encourage them down those routes and reward them for conforming. Indeed logical women and caring men have often been laughed at, ostracised or even punished by many cultures! As indeed have short men or tall women!

I believe aspects of personality or mental skill do not ?belong? to one gender or another. Men do not have a natural tendency to be more logical than women, nor women better at caring roles than men. But they are pushed that way by the toys and games they are encouraged to as children. A girl that picks up a doll to play with is praised, her parents clap and smile. A little boy does the same, but his parents don?t say ?Oh no you mustn?t drop baby?, when, JUST LIKE HIS SISTER he drops the doll to pick up a digger, they just ignore it. His sister though is brought back to the doll, told to kiss her better and not drop her again. The girl’s caring tendencies are fostered and encouraged, her brother’s are not. Even parents who buy their son a doll, or at least don?t stop him playing with a doll bought for his sister may BY OMISSION not foster his natural abilities to take on caring roles. So his logical skills come to the fore and we say he is ?naturally more logical? than his sister. Vice versa his sister plays with logic puzzles, but her efforts are not praised as highly as her play with the dolls, so she plays more with the dolls and her logic skills are not developed as highly.

They began with the same set of tools, both have the ability to care and to be logical. Not necessarily the same abilities to reach levels of skill in either case. Perhaps the boy has more potential in skill area A and the girl in skill area B. But also, two boys might have different potentials in those areas, just as two boys don?t both have the same potential to grow to a tall (manly) height. And you can?t predict which brain has the higher potential in either area from their gender at 1 year old. But by 7 years old their brains might be markedly different due simply to the fostering and encouragement of one skill area over another in either child.

A man who grows to only 5?6? is no LESS a male though he does not exhibit the ?male? tendency to tallness. And a man who is highly skilled in the area of caring is not less ?manly? either. Nor is a tall, logical woman is less feminine.

Character traits are not owned by one gender to the exclusion of the other. We can help our children reach their full potentials better by observing their natural interests and fostering their natural skills. And we need to do that in a gender neutral way, to avoid potentially losing that most caring of nurses or that most skilled engineer, who might in either case have been born a baby girl or a baby boy.

Even if I were shown evidence that showed there is a bias for one gender to tend to excell at ?one kind of mental skill more than another, similar to the way men tend to be taller, I would only concede part of my point. I would still argue strongly for equality of opportunity. Just as one can?t predict with any certainty from any two babies who will be taller when adult, just based on their gender, nor should we assume who will be more caring or logical. The chances to fulfil their unique potential to the fullest should still be offered, regardless of their gender.