Traditions: Who’s Wedding is it Anyway? 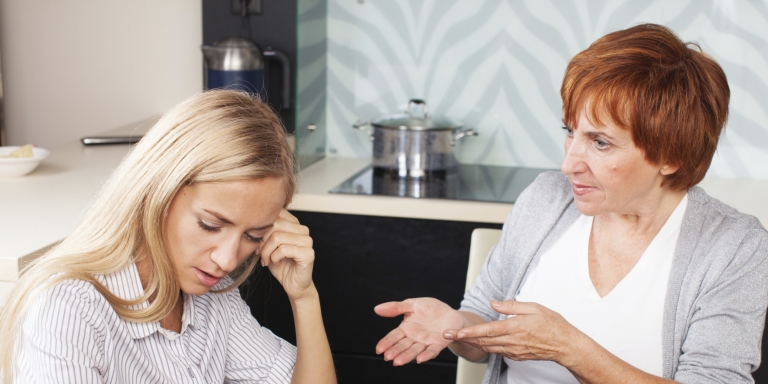 The story of a mother and daughter

So the story I was told (a friend of a friend, you know the sort of thing):

A wedding organiser was sitting in a pre-wedding meeting with the Bride and her mother. But it’s a strange thing that the bride is not answering any of the questions, Mum has all the answers. The bride leans back into the sofa, then gets out her phone and taps away or gazes out of the window. Occasionally she looks up as if to venture an opinion, but a firm pat on her knee by Mother is meant to reassure her, Mother has it all in hand.

Towards the end of the meeting the Bride excuses herself. The organiser considers, should she say something? Does this bride even want to get married? It all feels so strange not to have any opinions from the Bride direct. Hesitantly she approaches the Mother, “Excuse me, but I’ve helped with a lot of weddings and I feel something is different here. Is your daughter happy with this venue, she seems rather dis-engaged?”

The Mother looks surprised “Oh no, Sadie is terribly keen to have everything her own way, but you know I have to keep an eye on things or it would get out of hand.”

The organiser looks down at her notes, nothing speaks of the this bride so keen to ‘have her own way’, all the choices are from Mother. “But then, should we let Sadie tell us what she wants? After all, you’ve already had your own wedding, now it’s Sadie’s turn surely?”

Now Mother looks hurt. “Oh, no! That was MY mother’s wedding. Now it’s my turn” She sounds final.

Who’s wedding is it anyway?

But is it fair that this bride will have her ‘mother’s wedding’? Or that Mother will never have a wedding of her own as when she was married, 35 years before, brides were younger and milder of temperament, letting their own mothers arrange everything? 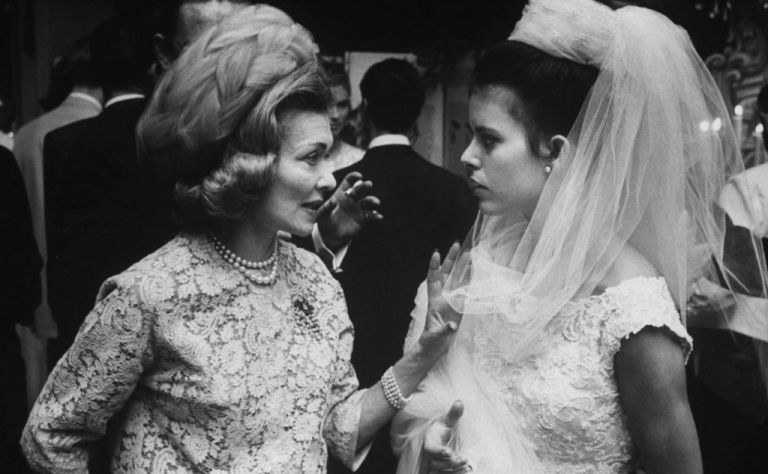 So though I would never defend or advocate for this situation, if you are a bride who’s mother wants to muscle in more than you would like, bear in mind that she may feel keenly the disappointment of having her ‘turn’ taken from her. Of being the generation that misses out as traditions change.

Imagine if you were in her place. It’s one thing to say that mum should ‘let it go’, respect the new way of doing things and defer for love of her daughter.  She may agree with all this intellectually but on an emotional level it could be much more difficult. She really does feel hard-done-by and left-out, of what she had always thought would be ‘her’ wedding.

I’m not suggesting brides should be quite as resigned as the one in the story, it is YOUR wedding and not your fault traditions and expectations have changed between your mother’s generation and now. But some consideration on both sides would be a lovely thing to see. If you find yourself in this situation maybe allow your mother to tell you all her ideas and the traditions she hoped to respect, then pick and choose those elements you actually quite like. Don’t reject it all out right if there is anything positive to be found.

Advice for Mum as well

Similarly if you are the Mother: remember if you steal this wedding from your daughter she won’t get her turn with her own daughter, as that’s no longer the way things are done. It’s chance that has ‘stolen’ your turn and if your daughter won’t willingly share, let her have her way.Mum should blame the wheel of change, not her daughter the bride!

See more advice about choosing your wedding dress in other blog posts and for caring for the dress before the big day in this guest blog post I wrote for a photographer.

How to keep your wedding dress photo fresh